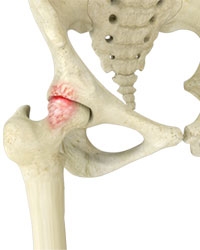 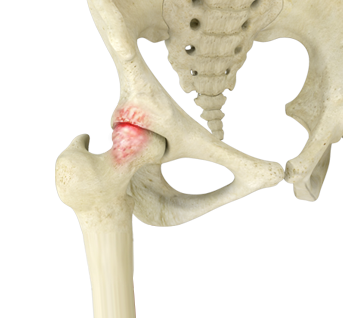 This Journal Club meeting critically appraised the above paper which focuses on the non-operative care of FAI.

While it was acknowledged that patients were recruited in an acceptable way, one major concern highlighted was that the presentation of the majority of the patients recruited and included in this study does not reflect true femoroacetabular impingement (FAI).

This observation was based on the mean age and range of ages of the patients included (mean 15.3 years; range 10.4 – 21.4). If recruiting for a true impingement study then typically, at the very least, the growth plates should be fused. Reference was made to the timing of fusion of the anterior acetabular growth plate which can occur as late as 19-20 years of age.

Taking an immature age group of children is therefore not representative of true FAI and these patients would rarely be considered for surgery based on skeletal immaturity alone and therefore nonoperative management would naturally be indicated.

Rather than FAI, one of the big issues for this age cohort generally is instability. Instability leading to labral issues can be alleviated by a conservative, nonoperative route. It was felt by attendees that there may have been a mis-classification of the diagnosis of the groin pain these patients are presenting with. For example, the impingement test will be positive in a young group with a labral pathology however this does not assume the presence of true FAI.

Further therefore it was felt that the title of this paper was misleading and that terminology such as “non-arthritic hip pain in adolescents” would be more representative.

The authors of this study have designated an alpha angle cut-off of >50 degrees on any view (x-ray or MRI) to identify the presence of a cam deformity. This cut-off will significantly over-exaggerate the presence of any true cam deformity. Within the literature generally these cut-offs are higher and specific to the x-ray view on which they are being measured – an alpha angle >55 degrees on Dunn view and >65 degrees on AP view are considered to signal the presence of a cam deformity. Within the methodology in this study it is not specified if radiographs were standardised. Given the age group it is unlikley standardisation was undertaken which would again greatly increase the inaccuracy of radiographic measurements.

In addition there is no supplementary information in the form of a table showing the actual measured angles between the different treatment groups, or overall. This data is vital for the reader to be able to ascertain whether these patients actually had abnormal bony morphology to gegin with.

The majority of the cohort included werefemales who generally havea small incidence of true cam deformities and in particular within the age group of this study.

Minimal Clinically Important Difference (MCID) is a technique used more frequently in outcome and cohort studies and the authors did make reference to this. However the MCID value used was taken from a previously published study with a very different study population and most likely not comparable. It was felt that the MCID should have been calculated specific to this cohort in this study.

A positive aspect of this study is that it does provide a protocol for the non-operative treatment used, available as a Supplementary file. It was considered, however that the protocol was confusing and certain aspects which could have been further elaborated on if one were to employ this protocol in their own practice.

For example, while it is mentioned that an injection is offered if patients remained significantly symptomatic, one observation was - at what time point are patients offered this? Additionally it was considered that objectives and targets to meet may be particularly useful for a treating physiotherapist to signal time for advancement and progression to the next phase of the protocol.

Additionally, it was unclear whether this protocol was supervised or whether it was more self-directed by the patient, introducing further concern of how closely it was adhered to.

This study highlights 3 specific treatment groups: (1) those managed with physiotherapy and activity modification, (2) those managed conservately and who subsequently nderwent an injection but did not progress to surgery and (3)those who were treated with arthroscopic surgery. Considering the age ranges again in this study group it was considered that injection of steroid into these young children’s hips was inapropriateand the reasons for undertaking surgery were unclear.

The journal club participants were in full agreement that the treatment option for, particularly the younger participants, should have been 100% non-operative, activity modified and physiotherapy led. Cortisone and surgery being avoided as much as possible.

In the methods section it was mentioned that osteochondroplasty was performed in patients where dynamic impingement was observed intraoperatively. From an operating surgeons perspective it is difficult to dynamically determine impingement in the hip joint intraoperatively due to the impact of the soft tissues on the visibilty of the camera in a flexed and internally rotated hip position. Additionally when traction is taken off, the hip naturally ‘sags’ (subluxes posteriorly) especially in the females and the young (with more joint laxity) so it is impossible to test true impingement in this case. The other criteria for osteochondroplasty was an alpha angle >50 degrees, which as described above may result in an overzealous surgical requirement.

With respect to the flow diagram: 19 patients were ‘dropped’ as the authors were unable to reach them at a minimum of 1 year. There are no demographics provided on these patients. There was a question mark therefore on what these patient’ pre-op scores were like in comparison to those who were contactable/included in the study.

actually provided an answer to this outcome measurement), more than half of responders (51%) have changed or given up their sports, with a lower than expected number (49%) returning to their same sport or activity.

The study did not provide any time scale on how long patients were treated for achieving the outcomes reported. Additionally there was no real objective outcomes provided. For example range of movement was not reported.

This paper has significant failures and limitations; the criteria utilised for diagnosing FAI was inaccurate and would lead to inclusion of many patients without true FAI. The age range for patients included does not represent the the normal age range one would for true FAI to develop and present (generally mean age for most study cohorts in mid-thirties). In this age group all patients would be expected to be managed with physiotherapy and activity modification; at our clinic we would not offer injections nor surgery for this age group unless symptoms were incapacitating and persistent despite physiotherapy/activity modifications. The compliance and progression of physiotherapy was unclear and when decisions were made to proceed with injections/surgery.

Overall, this paper is misleading and does not represent an accurate analysis of the benefits of non operative management of FAI. The paper describes some benefits of physiotherapy and activity modification for children/adolescents with non specific hip pain.